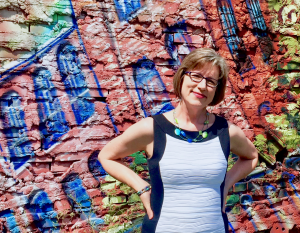 Much of writing is about organizing. You’ve done your research, found your focus, and now you have to put the words together in a compelling order. That brings us to the dreaded “O” word: outline.

I want to tell you a secret. Lots of writers don’t use them. I don’t. Every time I’ve tried, it squeezes out every bit of creativity I have. Instead, I make lists. I start with lists of questions I need to answer before I can write the story. Then, when I’ve finished the research, I decide on the main idea and make a list of everything that has to go in there somewhere to support it – facts, quotes, images, impressions – in just enough detail to remember where to find them in my notes. Then I start writing and let the developing article or story dictate the order each appears.

That may not work for you. If you like outlines, write them. Author John Grisham won’t write the first word of a novel until he’s outlined the whole book – and his outlines run 50 pages. Writing teacher and author Roy Peter Clark writes a first draft and then creates an outline from the story to see how well it flows.

About.com suggests a method somewhere in between:

Every writer has his own approach. Experiment and choose the one that makes you want to keep writing – you’ve found the way you write best.

In the newspaper business, second-guessing is second nature to an editor’s inbox. “Why did you …” is a question I answer daily. Usually quickly, because another question is always waiting.

So I didn’t linger over my answer to an email from a local banker asking why we “celebrated a cheating athlete” with our story on George Hincapie’s upcoming Gran Fondo charity ride. He referenced Hincapie’s role in the doping scandal linked to Lance Armstrong’s Tour de France wins and asked, “Is this the best we can do in Greenville?”

I told him I shared his dislike for performance enhancing drugs. However, Hincapie confessed and was sanctioned and remains a newsworthy figure. Hence our news story. I invited him to share his views in a letter to the editor and moved on to the next email.

Then his reply arrived. The question is not why you wrote about Hincapie, he said. “I agree he is a newsworthy figure. My question was why this event is even going on” in light of the confessed cheating, and why “there was no mention of that in your article?”

That earned some second-guessing. Several hours’ worth, in fact. The short answer: I didn’t think it relevant to a story about a charity ride for Meals on Wheels. The question I kept returning to was harder: how long does a scandal stick?

To be honest, it’s not something I consciously ask. The choice is instinctive, story-by-story. I know, for example, that whatever we write about Greenville entrepreneur John Ludwig will include the speeding Maserati crushing Bill Bardsley on his living room couch. But we left the doping slice of Hincapie’s past out of our UBJ stories on Hotel Domestique, and our cover piece on the business of cycling last month.

I thought long about why – and came back to my original reply. Hincapie confessed and paid with a six-month ban and the loss of two years of professional titles. He says he’s raced clean since 2006. He’s worked to purge doping from the sport.

I know you’re thinking this, so I’ll say it: he’s also part of the Greenville brand. Was this just about protecting the brand?

No; it was about the man. This isn’t Barry Bonds babbling about flax seed oil and famous fathers. George Hincapie remains deeply admired by professionals and fans. The reason for that staying power is the reputation he still holds.

But you won’t read her name in every story about the man, either. Some scandals are so well known they become their own coda. Readers don’t need us to fill them in.